Have your say on the future of climbing and bouldering in the Grampians/Gariwerd National Park. Template available below.

The GGLDMP is a critically important document as it will direct management of the Grampians for possibly the next 15 years and it may also used as a template for management of rock climbing in other areas. Climbing in the Grampians/Gariwerd is going to be absolutely decimated if this plan is implemented in it’s present form.

The ACAV has prepared a 22-page Submission to Parks Victoria in response to the draft plan. We have major concerns over these proposals and we have made a number of recommendations. Our response has been prepared in-line with international precedent and best practice for climbing and bouldering management around the world.

We have formatted our recommendations into a Word document, linked below, which you may wish to use as a template for your own submission to Parks Victoria. Simply download the Word document, fill out your details, edit accordingly, add your own recommendations if you wish, and most importantly email it to Parks Victoria by Sunday, 24 January. Email address: parkplan@parks.vic.gov.au

Template of recommendations for your submission

Thank you for making your voice heard to help protect future climbing access in the Grampians/Gariwerd National Park.

Following a period of consultation, the Victorian Climbing Management Guidelines document has been updated to version 04. 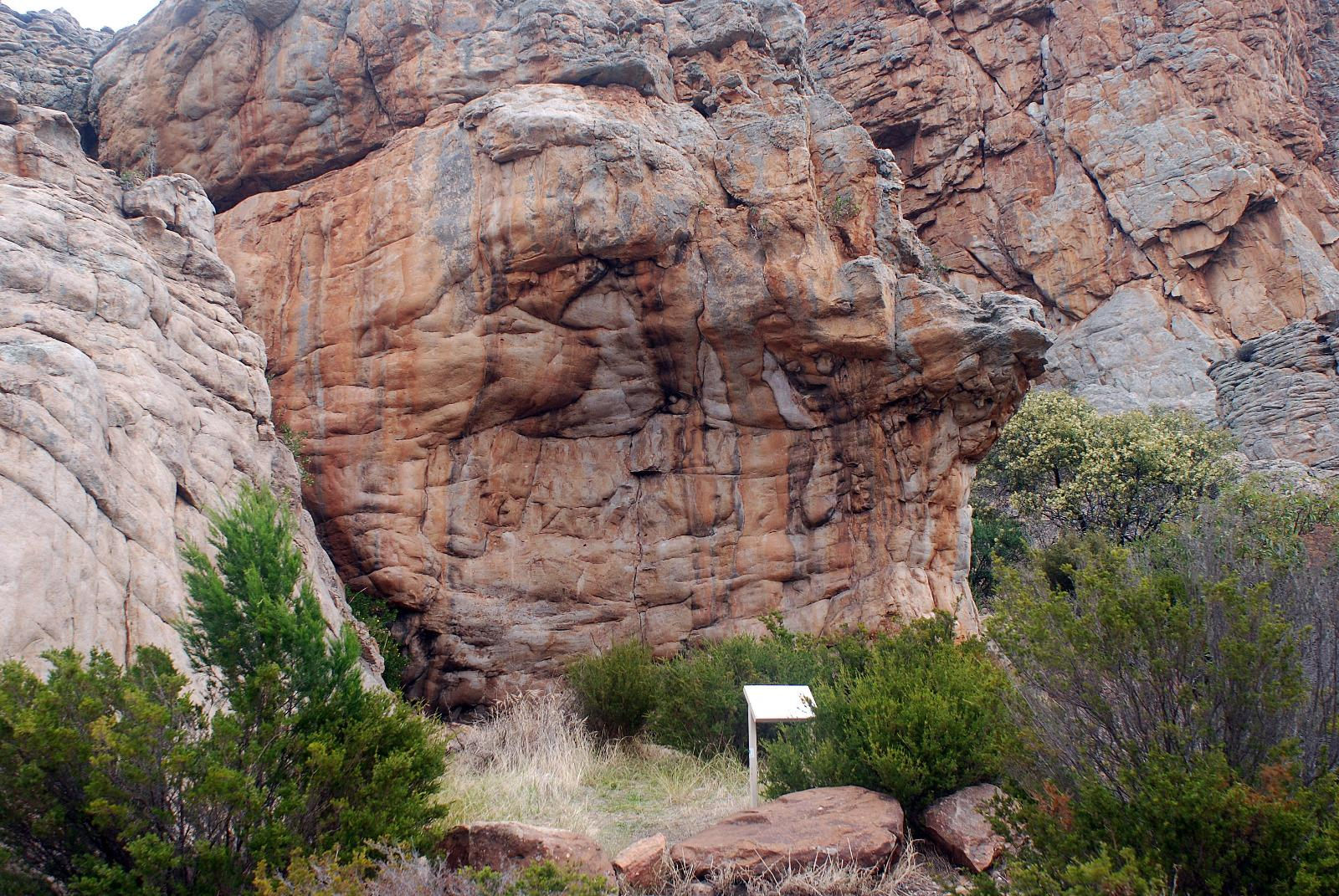 This document has been issued to interested parties at all levels. It is intended to inform and advise with a view to establishing excellent climbing management practices for the benefit of everyone.

We are indebted to Matt Brooks, who took on the lead role of pulling all this information together, managing the consultation process and closing out this major piece of work to produce a high quality document and a forward plan for rock climbing and bouldering in Victoria, Australia.

The Victorian Climbing Management Guidelines has been developed in accordance with international best practice, factoring-in comprehensive advice from climbing bodies around the world, including Access Fund USA:
A Guide to Climbing Issues and the Development of a Climbing Management Plan

This approach is a continuation of work done by Cliffcare for many years: https://www.cliffcare.org.au/

Ongoing feedback is always welcome for future updates to the Guidelines: acav@climb.org.au

Blanket bans on rock climbing in Gariwerd/Grampians National Park and Tooan/Arapiles State Park have been introduced by Parks Victoria under the advice of one consultant archaeologist. When a site has been assessed by this archaeologist, the Aboriginal Heritage Act comes into play and the barriers go up. This has brought about climbing exclusions on a scale never before seen in the climbing world. To date, all sites that have been closed remain closed. No reviews, no questions, non negotiable.

Climbing groups have taken issue with many of the archaeological findings and allegations. Refer to previous news stories on this site for details. In May 2020, ACAV made a formal complaint to the Australian Association of Consulting Archaeologists. No substantive response has been received.

The procurement process for archaeological advice is highly questionable. Documents obtained under the Freedom of Information Act show that Parks Victoria claims that only this particular archaeologist can do the work; allegedly the “sole supplier in the market” and “the only qualified person to complete this task in the state”. In fact there are multiple highly qualified consultant archaeologists willing and able to carry out work of this nature. The “sole supplier” reasoning may have been inappropriately used by Parks Victoria to avoid following a competitive tendering process. It makes the paperwork easier and Parks Victoria is clearly happy with the outcomes. No peer reviews have been carried out.

Further revelations within these FOI documents will be of interest to climbers piecing together how bans on this scale have been able to occur in Western Victoria but nowhere else in the world.

While the procurement paper trails have been released with heavy redaction, Parks Victoria has flatly refused to release any information surrounding archaeological reports, findings and recommendations. The two FOI requests seeking reports have been rejected or have stalled. The Aboriginal Heritage Act gives some justification for this, since a degree of discretion is required over site locations. That’s why we need the Government auditor to step in to cut through the veil of secrecy. If everything is above board then Parks Victoria has nothing to worry about. If malpractice has occurred there will be serious consequences and remedial action will follow. The forthcoming Grampians Landscape Management Plan has been drafted under the assumption that the archaeological advice is sound.

We have redacted point 5 from the audit application form as this relates to a connected matter raised by ACAV and currently under Ministerial review. It takes a very hot issue for ACAV to consider keeping access news under wraps. Watch this space for updates.

This is a sensitive area. Many climbers are reluctant to challenge the behaviour of Parks Victoria for fear of giving offence to Aboriginal representatives. This quandary has so far led to a wipe-out of rock climbing in the state with all hopes being pinned on a climbers’ reconciliation group.

Let’s see what the auditors find.

ACAV work of this nature has lost support. We will be holding a Zoom AGM in October. Along with several committee members, I will be stepping down. Any member may nominate for a role. If you are interested, please get in touch: Contact page

Refer to the ACAV Constitution to review the purposes of the Association.

This ACAV update covers Victorian climbing access issues in the lead up to the proposed release of the draft Grampians Landscape Management Plan 2020 by Parks Victoria, due for review by the Environment Minister in June 2020.

The 2003 management plan defined the Special Protection Areas (SPAs) that were later invoked in 2019 to ban climbing and bouldering from 100 locations across the Grampians. The draft GLMP 2020 will be issued for public consultation once the Minster has reviewed it. We may see the draft plan in July or August.

It is possible that the Grampians Landscape Management Plan 2020 will map out a fair and reasonable place for rock climbing in 2021. However, considering the ongoing lack of meaningful consultation with rock climbers and the actions of Parks Victoria thus far, we are not optimistic. You are invited to draw your own conclusions.

We would like to hear from any members with legal, financial or IT experience to assist with the running of ACAV at this critical juncture for climbing in Victoria. Please email acav@climb.org.au if you can help in any way.

Please support the work that we do at ACAV:

The following notes were issued by Deloitte Australia and they have been approved by Parks Victoria for general release.

On March 6th 2019, before ACAV was a twinkle in anyone’s eye, I worked with a legal friend to put in three Freedom of Information Requests to Parks Victoria. We requested impact studies relating to Grampians rock climbing along with all relevant rock climbing related communications with Aboriginal Victoria and Traditional Owners.

Now, six months later we received a response to the third and final FOI request.

What is going on in our government agencies when they can get away with this flagrant contravention of the Freedom of Information Act 1982?

This response is 5 months late and only two out of 172 relevant pages are provided in full.

This is the decision letter

This is the “information”

Our legal boffins will pick the bones out of this meagre information and we may come up with a few avenues of opportunity to encourage Parks Victoria to protect the Grampians properly in the future. Putting up a handful of signs banning climbers does not protect cultural and environmental values.

We have all seen the damage that continues to be done by day-visitors and feral animals. Come on Parks Victoria – we have a raft of environmental initiatives that you have so far ignored.

Eagle eyed ACAV members are welcome to assist and comment.

We will ensure that our government agencies are held to account, one way or another. This is my new favourite word:

We have a major challenge ahead of us. Please consider making a donation to the access fund

Six months after the announcement of the world’s most extensive rock climbing bans in the Grampians National Park, our land manager Parks Victoria held a Rock Climbing Round Table meeting on Tuesday 20th August 2019.

This long overdue consultation has been prompted by mounting pressure on the land manager from a respectful yet insistent climbing community. Climbers have made strong representations across many platforms in support of climbing as a respected and beneficial activity.

ACAV members will be interested to know the key issues under discussion. We have been asked to omit direct quotations from this meeting and be mindful of any sensitive items. Hence we have not spoken for other rock climbing attendees. Parks Victoria will be issuing formal minutes within a week or two. These were the main items under discussion.

The following meeting report describes the convoluted negotiations that occurred in attempts by Parks Victoria to keep Licensed Tour Operators running climbing activities at Summerday Valley. It’s a rambling tale that is still being played out.

If you want a snapshot of the the meeting outcome, scroll to the end for the “bookable sites” images that Parks Victoria issued on 29th July.